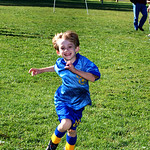 Welcome to my home for pictures!
I was a teacher of middle school science at Robinson when it opened in 1971 and stayed for the next 26 years. In 1971, I also took on a special job...being the Photography Sponsor for the yearbook. I kept at the yearbook work for many years. But what was really a joy was photographing ALL of our teams . I would put the pictures in the hall show cases and make the pictures available for the sports banquets. I retired in 1997 but have never left the school entirely. I still shoot sports and the plays.
My mother asked me "to leave a trail of good things behind me as I went through life"! I hope these 43 years of pictures are the answer for her request!!!!
The actual pictures that get into the hallway I give to the students during the season. This site will allow you to get additional copies for a nominal cost.
These pictures, over the years, have become treasures for students and their families. Please take advantage of saving your past for your future! When I shoot , I see the students in them showing the photos to their children and grand children in the future.
I am also a wedding photographer. More than 500 weddings!

who's got the spirit? Mr. Frank Ruth, a SS1 science teacher,department chair,yearbook photo sponsor, freshmen cheer leading coach and photographer, that's who.
Among other things, Mr. Ruth is responsible for the photos appearing in the Maranian Hall showcase by SSV and VI. Every week he takes pictures at school events, develops and prints them, and displays them in the showcase. "The photographs help to make this school a more humanistic place-one where the individual can stand out. The reasons I spend the time are that I feel the showcase goes a bit of the way in doing this, and also," he laughs, " I like sports"
At William and Mary, Mr. Ruth first became interested in photography,and he's never stopped being involved with it since. In addition to the showcase and both yearbooks, Mr. Ruth also does portrait work, weddings, and model's portfolios. " And at extremely reasonable prices," he says with a smile.
The pictures taken at games, not only of athletes but also of spectators, are sold at the sports banquets, with the profits going to the Booster Club.
What makes him spend and average of 12 hours of his leisure time each weekend in the darkroom? " I know I've reached into many families with my photographs, and I think the pictures have brought a lot of happiness to the students and their parents."
Mr. Ruth has taught intermediate science here since the school opened(1971), and he also teaches photography for gifted/talented students. He helped build the school's darkroom in 1978. "Teaching is rewarding in its own way. Seeing the kids learn is great, and here I can watch them grow up from the eighth grade to graduation. It would be terrible to not see my kids again after they go on to high school."
As much as he enjoys teaching, his students enjoy his class. "I had Mr. Ruth for science three years ago, and he is still my favorite teacher," says Kathy Roberson, a SS VI junior. " He really cares about everybody."
Mr. Ruth also coaches the freshmen cheerleaders. "Uncle Frank is like a second father to the cheerleaders. He's got endless patience when teaching new cheers,"says Cindy Waxvik, a SS VI junior and formerly one of Mr. Ruth's freshmen cheerleaders.
He's been coaching for five years, and he likes it because " the girls are just super. They're a really happy and self-motivated bunch that represents the school in a positive way."
what he looks for in a girls trying out is cooperation, grace, and athleticism. He requires them to have satisfactory grades and likes each cheerleader to be a "people person" who really cares about the games.
" I have never met a person who loves life and people as much as Mr. Ruth. And we love him!" says Julie Verzolini, A SS VI senior. "He's a wonderful individual, and the school is lucky to have him."